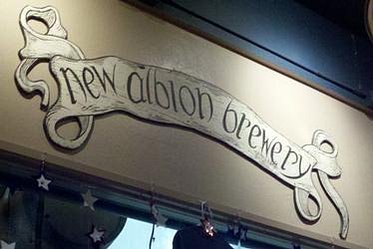 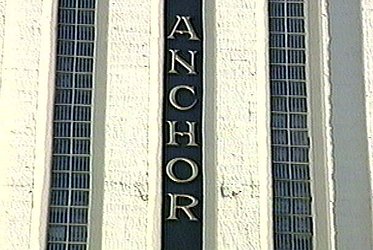 As history tells us, in terms of beer, most of the twentieth century was dreadful. Breweries were on the decline from day-one. In many parts of the world, beer was banned outright. Upon its return, beer became diluted and industrialized, and it wasn’t brewed for the local anymore. Rather it was manufactured as a national commodity or for-profit via export. It was bland.

The new product was overly-carbonated, riddled with preservatives, and often served as cold as ice. “Beer” simply became a generic description, as hardly anything distinguished one brand from another. The large brewing conglomerates and national brands dominated their markets by limiting their beers to this singular-style in watered-down versions.

Furthermore, in the United Kingdom, traditional brewing methods were being phased out through the modernization of equipment and introduction of less labor-intensive techniques for greater efficiency.

The narrative begins here, with the sparks of a movement; a fight for flavor, for purity, for preservation of tradition, and for the art and science of brewing itself. Beer would no longer be a four-letter word.

Home brewing became legal in the U.K. in 1963, setting in motion an outlet for a small army of those persons passionate for flavorful beers. Then in 1965, two breweries quietly set the tinder of a worldwide revolution against the modernization trend and returned to tradition:

The first was Anchor Brewing Company, a tiny brewery in San Francisco, which was rescued from closure by appliance heir, Fritz Maytag. Within a few years, Maytag reintroduced Anchor's flagship beer, Anchor Steam, as a 100-percent malt beer.

The other was a "re-discovered" small brewery in the oldest inhabited house in Scotland, the Traquair House. The brewery was revived by Dr. Peter Maxwell-Stuart specifically to produce experimental small batches of real ales in the ancient wooden vessels.

North America finally had its first distinctive traditional beer since Prohibition and the U.K. had its foremost model "micro-brewery," respectively.

These two firsts set in-motion a gradual, but steady, grassroots-fueled beer renaissance in the 1970s and 1980s: a movement toward full-flavored, living "boutique" ales and lagers hand-crafted in small batches by artisans in tiny breweries. The home brewers were holding the reins.

This new craft beer wasn't an easy sell. Early craft brewers struggled to change the public's perception of modern beer and the big breweries protected their territory. Even so, craft brewers fought the uphill battle, and found their audience. By the 1990s, the world of beer had changed: microbreweries re-appeared, consumer movements formed, homebrewing was legalized, brewpubs were born, and flavorful real beer was re-introduced to the consumer in nearly one hundred different styles.

Enter the 21st Century: real ales, handcrafted beers and microbreweries have  integrated within many cultures worldwide. Beer drinkers now have greater choice than ever before. It was a fight to get here, and the war may not be over, but a battle was won. It is a moment for reflection. When we look back upon the rediscovery and reintroduction of good beer, the period can arguably be recognized as the Craft Brewing Revolution.